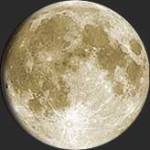 Got a good night’s sleep and woke up to do full prayers and movements. Took an afternoon nap, then went to a birthday party with Jett and Fox at Pump It Up. Spent some time jumping up and down in a jumpy house. Supposedly, jumping on a trampoline strengthens your lymph nodes and immunity.

After the party, I took Jett fishing, so it was a pretty full day. I’m thinking that maybe I just need to take afternoon naps everyday.

Talked to my mom about scheduling time to talk in person. We tried to carve space on Monday, but it turns out I have another appointment, so we will have to reschedule. I am grateful that my mom is open and available to talk to me.

Have been in awe of the clouds lately. So much beauty. Life can be a heaven on earth.

Lots of blood again today. I even had to go to the restroom a few times just to eliminate blood. I’m going to be patient and instigate these new treatments. I also think that the near full-moon (Hoku) might have something to do with the bleeding. 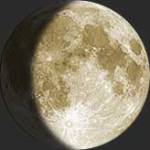 I’ve been sensing into something lately that I don’t quite have a grip on yet, but it feels important. These are my incipient thoughts.

Cancer is a rich person’s dis-ease. This statement has multiple access points.

First, I’m starting to believe Fred Ho, author of Diary of a Radical Cancer Warrior: Fighting Cancer and Capitalism at the Cellular Level that cancer and capitalism are inextricably linked: “Capitalism is the cancer for Mother Earth; cancer is the capitalist toxicity for the human individual.”

I had a similar vision when I chanted the Hawaii state motto: Ua mau ke ea o ka ‘âina i ka pono (the life of the land is perpetuated in righteousness). I saw cancer in my body as a reflection of not being in alignment with the land–that which sustains us. In a sense, I saw the Earth with rectal cancer–it had too much kûkae (crap) that it couldn’t clear and was suffering from too much heat in the body (global warming).

Now I’m realizing that not being pono (righteous) is closely linked with capitalism. When large corporations pollute the earth, the reason they aren’t pono is because they are trying to make money. Think how much lying, cheating, stealing, exploitation, violence, and abuse are the direct result of the coveting of money.

I would like to note that Fred Ho’s book was gifted to me by a dear friend who came to an Aloha Awakenings workshop. Rather than pay me with money, Brother Zilong chose other forms of capital–he shared wisdom, brotherhood, and community by giving me this book. In a way, his gift has been a powerful gesture in healing cancer and capitalism on a cellular level.

In the late stages of his war on cancer, Fred Ho’s conversion to a raw foods diet was not only a healthy shift away from a “rich” diet of animal based foods, but also a monkey wrench in the capitalist machinery that creates and profits from rich diets.I’m finding that a raw foods diet eliminates cravings for restaurants, junk foods, brand name products, and over-consumption. It also decreases my dependence on the huge capitalistic enterprise known as Western allopathic medicine.

In the documentary film Forks over Knives, Dr. T. Colin Campbell recounts how he discovered in the Philippines that the country’s wealthier children, who were consuming relatively high amounts of animal-based foods, were much more likely to get liver cancer. One of the things that triggered my cancer was vitamin D deficiency. Vitamin D deficiency can be seen as a class based disease–only those who could afford to stay indoors for work became deficient. In Asian countries like the Philippines, the whiteness of one’s skin defines beauty, class, and privilege. Dark skinned field workers are rarely deficient in Vitamin D. The combination of more time in the sun and less animal products seems to help lower classes resist cancer.

Another way cancer is a rich person’s disease is that it costs a lot to survive cancer. Within minutes of discovering the tumor in my rectum, the doctors were ordering biopsies, CT scans, ultrasounds, blood tests, and appointments with specialists. Many of these were not covered by insurance.

Two examples, 1) I had a one hour consultation with an oncologist which cost over $600. Insurance covered $100. 2) After the initial colonoscopy, the doctors ordered a sigmoidoscopy with ultrasound. While prepping for the procedure, I decided that I didn’t need an anesthetic which meant that I didn’t have to be monitored after the sigmoidoscopy and could leave without someone having to pick me up. When I got the bill back, the hospital still charged me $2000 for the gastrointestinal prep and $800 for the recovery room that I spent less than ten minutes in to get dressed.

Even alternative treatments for cancer can break your piggy bank. I’m using one called the Dirt Cheap Cancer Protocol. Some of the treatments in this protocol include eating six frozen lemons and drinking a quart of carrot juice a day. Buying six organic lemons and a quart of organic carrot juice everyday adds up to $180 per month. An organic foods diet also increases monthly food bills. Add to this the cost of supplements like Mangosteen ($145/month), Apex ($100/month), cod liver oil, organic sulfur, Beta Glucan, spirulina, wheatgrass, chia seeds, and flax seed oil. As you can see, it can cost a lot to heal.

Of course, one round of chemotherapy would set me back over $10,000. I don’t even want to think about the cost of surgery and radiation treatments. Fred Ho estimates that his financial obligation for his allopathic treatments exceeded $1,000,000. This explains the feeling I got while talking to the surgeon. It was like I was in a used car lot. “If you were my brother, I would advise you to get this surgery,” he said. “I really care about you, Mr. Hattori.” As he said this, I pictured the cartoon characters I’d seen as a child with dollar signs in their eyes.

What all this bookkeeping boils down to is that in order to heal the dis-ease in my body, I need to heal my relationship with money. I used to think that if I had a certain amount of money then I would free myself from financial worries. What cancer has taught me is that I need to get to the root of financial worries in order to live a healthy, happy life. The more I cut my ties with the capitalist matrix, the closer I get to the ‘âina (land which sustains us) and the more pono (righteous) I become. Participating and believing in a gift ecology deepens my healing and liberation from money and dis-ease. This is one of the most powerful cures for cancer I have found.

I’ve been impressed with the raw foods diet, although I have to figure out what to do when I don’t have time to do all the prep work.

Woke up at 3:30 AM and started writing this article, so by the time 7:30 AM came along I was exhausted. No prayers or movements. Did some walking in the sunshine.

With only 4 hours of sleep I was exhausted later in the afternoon. Not sure how much of the fatigue is from the dis-ease and how much is from the lack of sleep.

Deepened my relationships with my co-workers by gifting them with mac nuts and coconut water.

I feel like I was awoken at 3 AM to write about cancer and money. I’m happy that I got it down, so I can refer back to this topic in my healing journey. So grateful for whatever inspired me.

Lots of blood today. Maybe the amount of bleeding is not a good indicator of my progress. I realized that I sat in meditation for an hour then sat on a tile floor for another hour for circle sharing last night. Maybe the blood in my stool is from the strain of sitting on the floor for two hours.